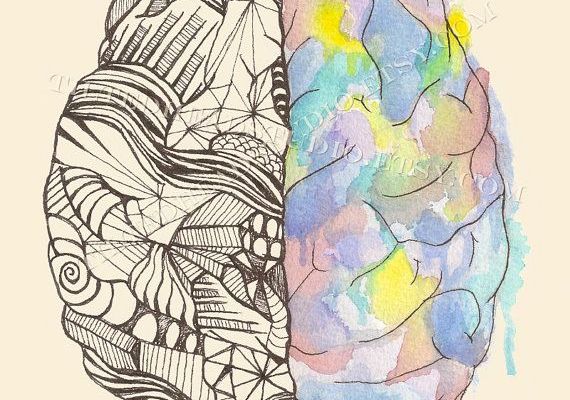 I worked for a non-profit that focused on creating awareness on emotional intelligence, a subject that is garnering lot of attention these days. Started by a neurologist, this project introduced me to a term called neuroplasticity, which broadly means rewiring the brain or tricking the brain into thinking a certain way. This has been a very fascinating concept for me since then. It turns out that many share the same excitement for this concept which is inviting significant research in the fields of psychology, neurology and technology.

Recently, I learned about mindfulness meditation at the American university I graduated from. The technique is being actively promoted among the students for mental well-being and stress management. As one of the ways to reprogram the mind, I have been told that it has several scientific benefits that are being leveraged in medicine for pain management and faster healing. When I tried it out, I recalled having the same experience several times earlier. Thinking retrospectively, I realized that I was introduced to meditation in other forms since my early childhood. In fact, connecting the dots, there was an amazing revelation – the times that I was at my personal best coincided with the periods that I was meditating.

My understanding is that our mind starts getting trained much earlier than we realize and through activities we do not consciously recognize. My stint with meditation fits this theory. It started when I got involved into sports (Table Tennis/Ping Pong) about fifteen years ago. We used to have warm-up and cool-down fitness sessions every day in which there was a part that all of us did not particularly look forward to, except for the fact that it gave a break to our aching bodies. Our coach used to ask us to relax, close our eyes, imagine a figure in the center of our forehead and focus on it. It didn’t take us long to slip into a mode of day dreaming! We would suddenly be interrupted from our fantasies by the coach’s voice asking how stable was the figure in our mind and how many of us lost track. That made us feel guilty about our inability to control thoughts and forced us to concentrate again on the figure. Gradually, it became easier to concentrate for a longer time. Another activity was where we had to place the ball on the table tennis bat (racquet/paddle) and then compete on who could balance it the longest. Even though it sounds simple, it required a great deal of concentration.

In high school, our school Principal emphasized building a balanced personality. Hence, a trainer was invited to teach us “pranayama” (breathing exercises in yoga i.e. the Indian version of meditation). My parents also enrolled me in a few summer camps which taught some other meditation styles. I was among the super obedient students and hence, practiced meditation diligently, which helped me in academics and sports, as I now understand.

When I entered college, I was meditating irregularly. As I developed more critical thinking through education, I had several questions about the validity and effectiveness of the process. However, fortunately, I always came back to meditation in some way or the other. And through this phase of inconsistency, I realized the true benefits of meditation. It is often said that we understand the value of something only when it is gone. That is exactly what happened in my case. Whenever my mind felt unstable and I meditated after that, I saw amazing results.

My curiosity developed further so I read and discussed more. I received reassuring scientific perspectives from those I considered highly rational and objective. Finally, I was convinced and this time, by myself! In essence, regulating the breath, which is fundamental to any form of meditation, controls how our body reacts to stimuli. As we experience any emotion, our nervous system and hormones are activated. Our body unconsciously reacts to the emotion depending on the signals our brain sends through hormones, which in turn is based on how the brain is programmed. Consider a case where you experience fear of something, say public speaking. Muscles automatically get tense and heart beats faster unless you don’t consciously relax (which people typically do by taking a few deep breaths). With regular meditation, you can control the fight-or-flight response of the body and effectively rewire the brain to naturally give a calmer response.

So now, I have started seeing meditation as a form of exercise. Any exercise has profound impact on our physiology. The brain as a part of the body also needs it. I am currently hooked on to the guided meditations that are available on meditation apps and YouTube. I believe relaxation and clarity of mind is a basic advantage. On an advanced level, scientists are testing effects of meditation on several chronic ailments such as controlling growth of cancer cells, etc.

Lastly, a central problem in life is optimizing time. Reprogramming the brain leads to better productivity as well. Several distractions keep cluttering and deluding our mind. With technology, we have overwhelming information to catch up with – infinite online accounts, people and events – that fuels the FOMO (fear of missing out). I watched this TED talk on the art of stillness which is apt for this post – https://www.ted.com/talks/pico_iyer_the_art_of_stillness . Some time to catch up with ourselves is much needed and meditation gives that.

4 thoughts on “Reprogramming the brain”